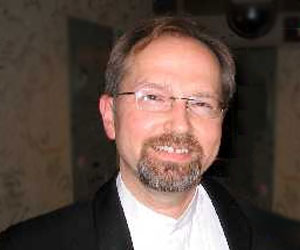 With Legacy Artists since 1994, Al Yankee brings a wealth of experience and unmatched expertise in event design and production, garnered from a life spent in music, theater, and corporate entertainment. He has done it all, from touring internationally with name acts to making certain that the stage draping looks just right for a background guitarist. Attention to detail combined with a deep understanding of just what it takes to produce shows of all sizes means that you can rest assured that your event is in good hands.

Al Yankee’s music has been captivating audiences worldwide for over three decades. In his twenties, he was the featured arranger and composer with the Stan Kenton Orchestra. In his thirties, he fronted his all-original rock horn band, “Yankee”, and was a staff arranger/composer for the Air Force. In his forties, he recorded three commercial jazz CDs, published with Warner Brothers, and contracted musicians for shows and concerts around southern California. He has performed in venues large and small throughout North America and Europe, from the Concertgebeouw Hall in Amsterdam, to Wolf Trap in Virginia, to the Kodak Theater in Los Angeles, to Carnegie Hall in New York. He has worked with performers and personalities across the spectra; musicians from Dizzy Gillespie to Roger Daltrey to Marie Osmond; comics from Don Rickles to Jay Leno to Cedric the Entertainer; politicians from Sonny Bono to Ronald Reagan to Arnold Schwarzenegger, and; actors from Bernadette Peters to Robert Goulet to Harry Connick, Jr. Al’s music has been discussed in People Magazine, Time, Newsweek, Harper’s, countless newspapers, and broadcast worldwide on CNN. 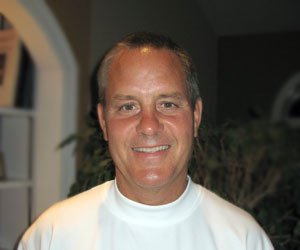 Doug’s professional experience in corporate meeting planning is broad and deep, gained through his 18 years working with Maritz Travel, one of the world’s leading travel and incentive companies.  In his first several years with Maritz, he worked internationally as a travel director, coordinating and implementing all elements of incentive trips for major corporations. His direct, hands-on contact with upper management and executives from Fortune 500 companies gave him a profound insight into the dynamics of these powerhouse companies and the inner workings of their programs.  Some of his clients during that time were General Motors, General Electric, Whirlpool, Caterpillar, Honda, Toyota, Ford, Hewlett- Packard, and many more.

For 12 years, Doug was the Maritz Account Executive for Buick Motors, responsible for overseeing and directing all phases of their incentive programs, from the initial proposal process through the on-site management of their events.  As such, Doug was the responsible principal for several multi-million dollar operations.

Leaving Maritz to partner with Legacy Artists in California, Doug established Legacy Artists, LLC, in St. Louis and now manages many major corporate programs both nationally and internationally. On the personal side, Doug is an avid golfer and is also very involved with the National Fragile X Foundation. 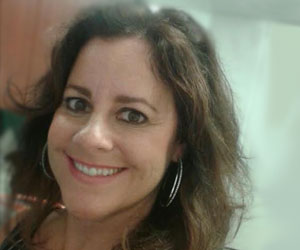 Tristan Murphy grew up in the Coachella Valley and began her professional life as a concierge at the Anaheim Hilton and Towers, taking care of the needs of business and casual visitors from all over the world.  After starting a family, she moved backed to the valley, working in Destination Services at the Westin Mission Hills Resort for five years, then moving to Cardiff Limousine where she arranged transportation for VIP groups and business travelers.  Tristan brings this strong background in the customer service side of the hospitality industry to each and every Legacy event that she supervises, always insuring that customer needs and desires are understood, communicated, and accomplished.  Her friendly and open style are always well received, and she brings a freshness and flair to every project and program.

Being of assistance to others has always been fulfilling for Elaine, and she brings that service orientation to all of her work with Legacy Artists.  With a wealth of experience in the hospitality industry, her insight and understanding of the ins and outs of event planning and management is second to none.

Elaine freelanced in the Coachella Valley as a corporate travel director and tour guide for 10 years, working with a wide variety of Destination Management companies and Meeting Planners. She then brought that experience to bear, working for over 10 years at the legendary La Quinta Resort.  While there she developed a reputation for innovation and excellence, designing and managing all aspects of corporate business meetings and theme parties.

The Westin Mission Hills Resort heard of her successes and offered her the position of Director of Destination Services.  Elaine accepted and her 7 years there were marked by a series of successful events and repeat customers who returned knowing that there needs would be well met by Elaine and her crew.  Her off-site productions at the Empire Polo Grounds and the Palm Springs Air Museum became real favorites among her clients.

Elaine came to Legacy Artists when she married her longtime beau, Paul Rose, in 2006.  She is proud to carry on with Legacy Artists, which she describes as “Paul’s dream.”  She is the mother of three grown children, spoils two overfed cats, and is very involved in her community, supporting non-profit arts activities and volunteering as a guide at the Living Desert.